A Gap in the Market

An exhibition by Nick Andrew 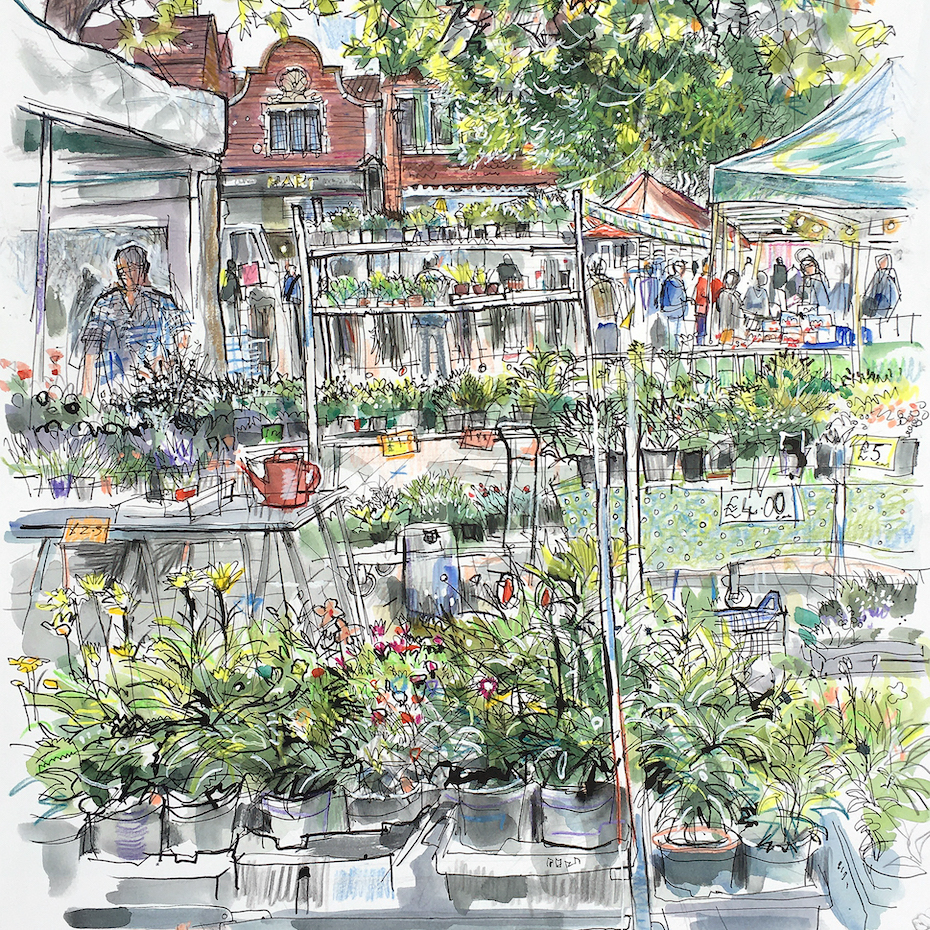 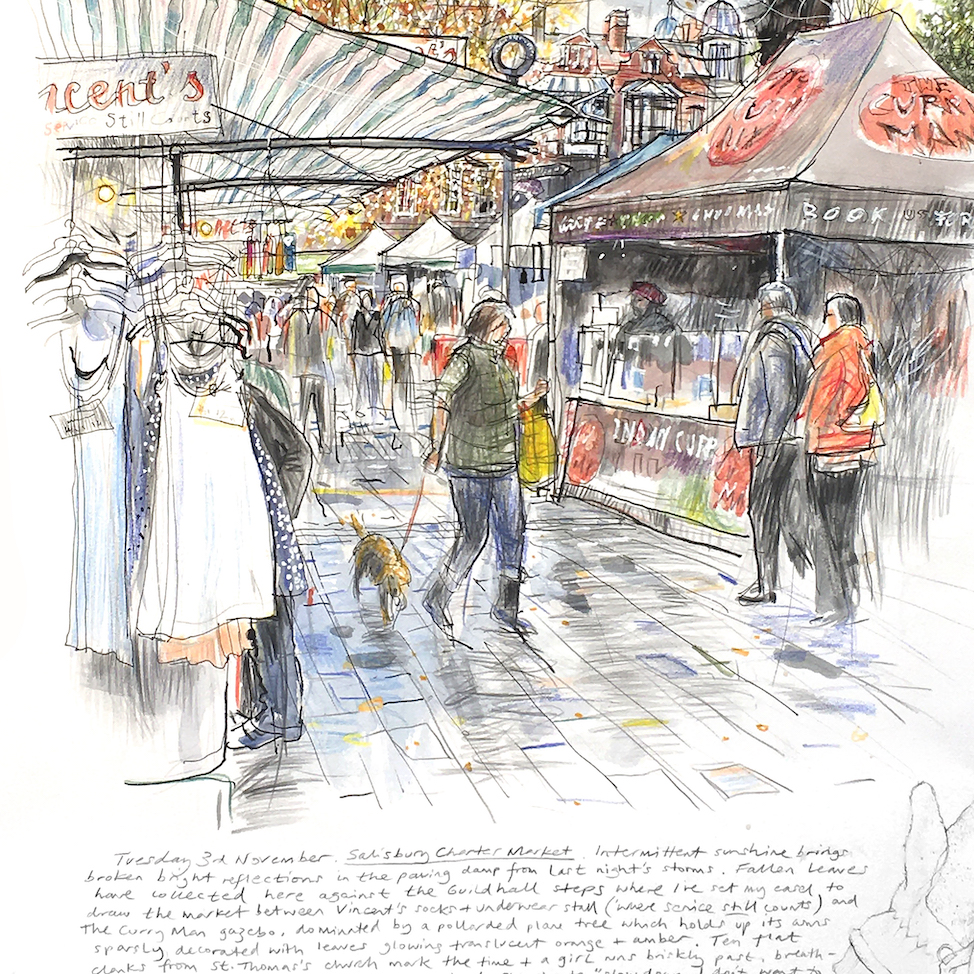 Nick studied art and graphic design in Oxford, London and Cheltenham. Since graduating in 1979, he has been working as a painter and lecturer. He has exhibited his work in galleries throughout the UK, mainland Europe, and the USA.

Alongside his studio practice as a landscape painter, he also undertakes plein air drawing projects in both rural and urban environments.

As a personal celebration of 40 years since his fine art degree show, in which he exhibited large scale works inspired by the shapes, forms and colours of Salisbury market, he decided to undertake a drawing project exploring the same subject. Nick has been visiting Salisbury Market Place and Guildhall Square regularly since September 2020 (apart from during lockdowns) to make mixed- media drawings, exploring the activity, movement and transitory nature of the market and other events in the city’s bustling heart.

Nick also records experiences such as conversations with stallholders and shoppers, sounds, smells and the feel of the weather, all of which are included with the drawings as written notations.

'A Gap in the Market' skillfully captures the sights and sounds of Salisbury's historic Charter Market during these unprecedented times.